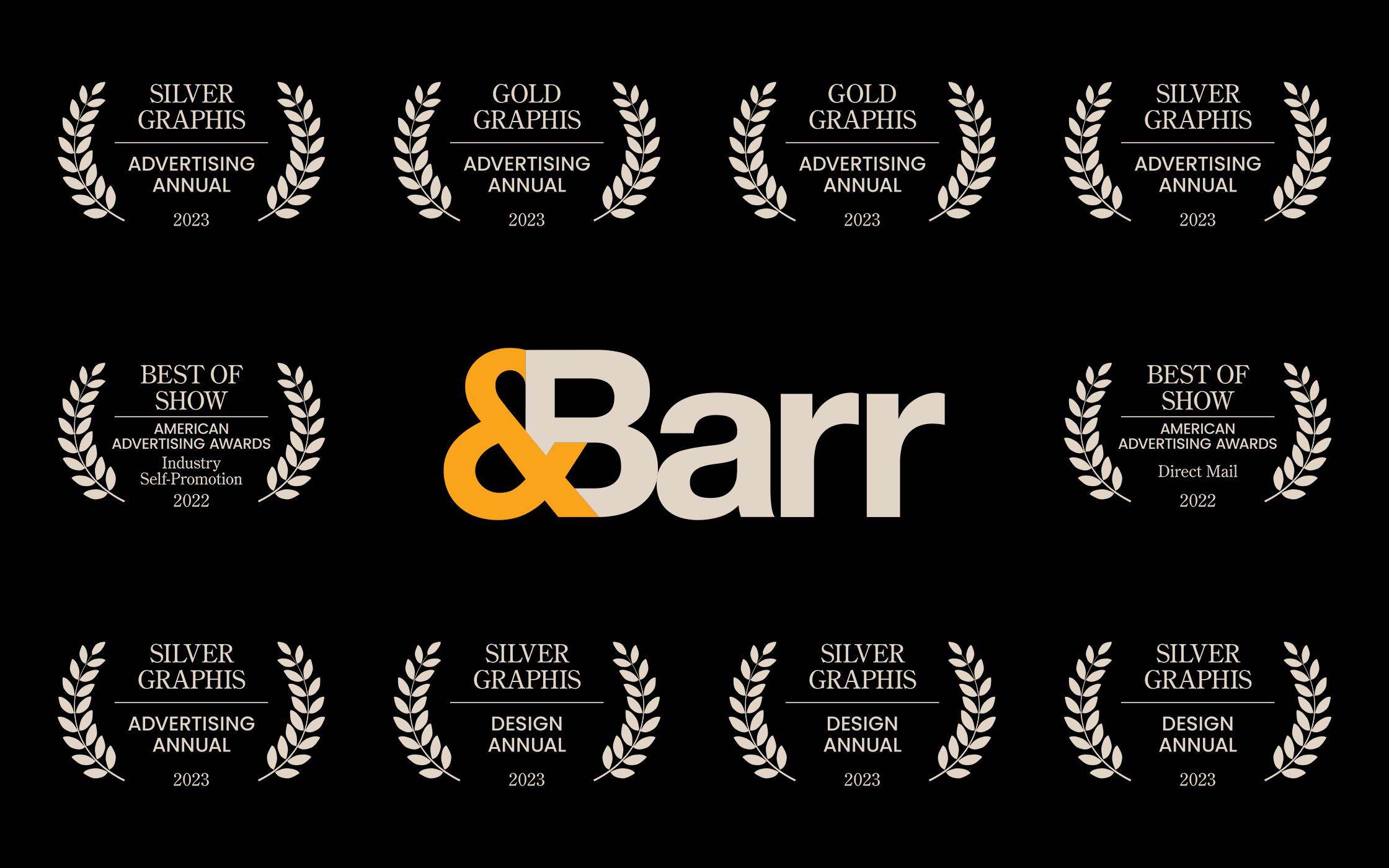 I’m not sure when these words found their way into our atmosphere for the first time or who said them.

I don’t know what the initial reaction was or even the catalyst to such a profound thought.
Nor could I even guess who held out the longest, who caved first, or who found themselves paying for an entry fee after what seemed like an eternity.

But I can tell you, I’ve heard these words.
Words directed to myself and the team for comment and discussion.

I was witness, in 1994, to my creative director (having just won literally a duffel bag of One Show Pencils) dropping some wicked truth to us mere mortals… why not, he had nowhere to go but down and we looked up to him. He was our leader. We would’ve followed him into the breach if asked.

To agree was rebellion.

It wasn’t the “cool” thing to do, it was the “right” thing to do and we were going to prove a point.
But after 30 years in the business, I don’t remember the point, and more importantly I’ve realized…

it was the wrong thing to do.

I feel that decision may have hurt the personal and professional growth of the talent I was surrounded by and worked with in the trenches day in and day out for years. It took away a teams’ small victory at a local show as well as the “Major Buttrick” level of destruction at the global level where a team takes their one shot at immortality… well, at least until the next year.

Now, older and hopefully wiser, I would like agencies, leadership personnel, and every creative in the state of Florida to know how important an award show can be to the morale, the confidence, the career advancement, and resume of every single person listed in the entry.

I can’t begin to explain the value received to an Art Director, Writer, Studio Designer, Account Executive, Account Assistant, or even your client when you put your greatest effort out in the ether and have the best Strategists, Executives, and Creatives in the world judge your effort, your thinking, and possibly get your agency and the teams name in print. And honestly, it’s the validation more than the hardware.

It’s an amazing feeling seeing those little black letters on white pieces of paper in the back of a book or on a phosphorescent screen spelling out the label your parents gave you the second you entered this amazing race we call life.

Someone noticed your effort, and you were rewarded.

It represents your accomplishment not only at an individual level but how well you work in a team dynamic of 10, 20, or even 30 people doing their part to create the best form of communication in answer to a client’s need.

The rub? Now my team is out there.

Any agency in the world can review their work, track them down, and take them away from me. It would hurt, but one of my biggest accomplishments in my own career is now leading a team to award winning work and having a teammate come to me with an amazing offer-they-can’t-refuse letter from another competitor. It gives me the validation that I’m doing my job.

And to be clear, my job is to prepare my creatives to leave the nest and move onto bigger and better things, to prepare my team for bigger projects and bigger wins. If that doesn’t happen, I’ve failed my team who I love very much. And I will not fail them.

So I’d like to announce, just as impressive as 2022, the &Barr team has done the double again for 2023. The Double is an interesting phenomenon which means you’ve been judged as some of the best marketing and design in the world in both the Design and Advertising categories by two different sets of judges for 2023. An honor, truly.

May I be the first to congratulate everyone at &Barr. I’m proud to say that my team is out there yet again.

And may I also say to all the up-and-coming, talented, possible candidates looking to expand their careers, this is an invitation to join us, because here at &Barr, We Enter Awards!