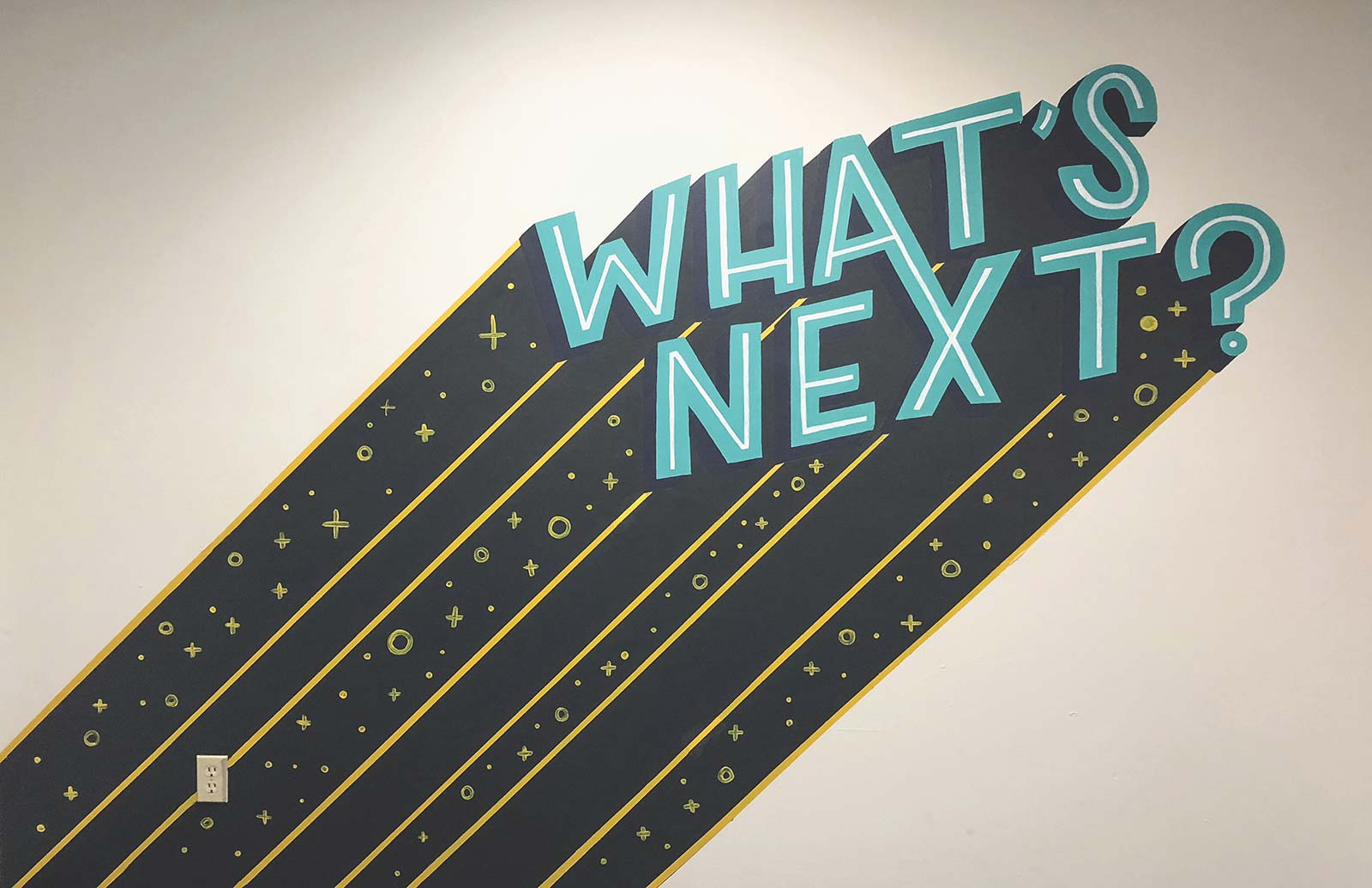 Happy new year. Now that we’re all back from the holidays—a time we documented by posting photos on social of food, drinks, and/or feet in hammocks—it’s time to figure out what’s next. The next campaign. The next big idea. The next pitch. The next insight.

After all, you’re only as good as the groundbreaking, award-winning idea you had two hours ago, right?

So what is next?

When I came to &Barr two years ago, that’s one of the questions I wanted to answer.

&Barr’s legacy speaks for itself. For 62 years, this family-owned agency in Orlando has produced some pretty kickass work—and we’ve got the hardware to prove it. There wasn’t any question in my mind that &Barr had the track record of mad men greatness. My question, however, was, “what can we do now to become a creative player not only in Orlando but in the entire Southeast?”

No, this isn’t going to be one of those “5 Things You Must Do To Go To Cannes Where You Will Drink Dom Out Of A Gold Chalice” articles. Nor will it be a list of the things that the most successful creative teams do before 6 a.m. What it will be is a look at what’s next for &Barr.

Before we do that, let’s flashback to February 2017. It was my first day at &Barr and I was shown to my office—a converted storage space next to the old production area. And when I say “old production area,” I’m not kidding. I’m almost positive there were cans of spray mount from 1962, which given the proximity of my desk to those cans, no doubt caused some memory loss.

Wait. What was I saying?

Yes, spray mount. Now you didn’t need to be Chip or Joanna to have seen the potential in this space. I mean, tear down the ½ wall, knock out the shelves holding decades-old ad annuals, responsibly dispense of the spray mount, and you’ve got a space ripe for something special.

So that’s what we did. Literally. We tore down the wall and along with it, anything that was holding us back from evolving. And it wasn’t just art supplies from the Reagan administration we wanted to get rid of here. It was anything blocking change. Phrases like “we do it this way because that’s how we’ve always done it”? Gone. It was time to tear down and rebuild.

And so The Lab was born.

It’s anything we need it to be on any given day.

It’s an ideation space where we can brainstorm, drink beer, and listen to Abba. (Don’t judge. They’re awesome.)

It’s a studio where we can shoot stills for clients. 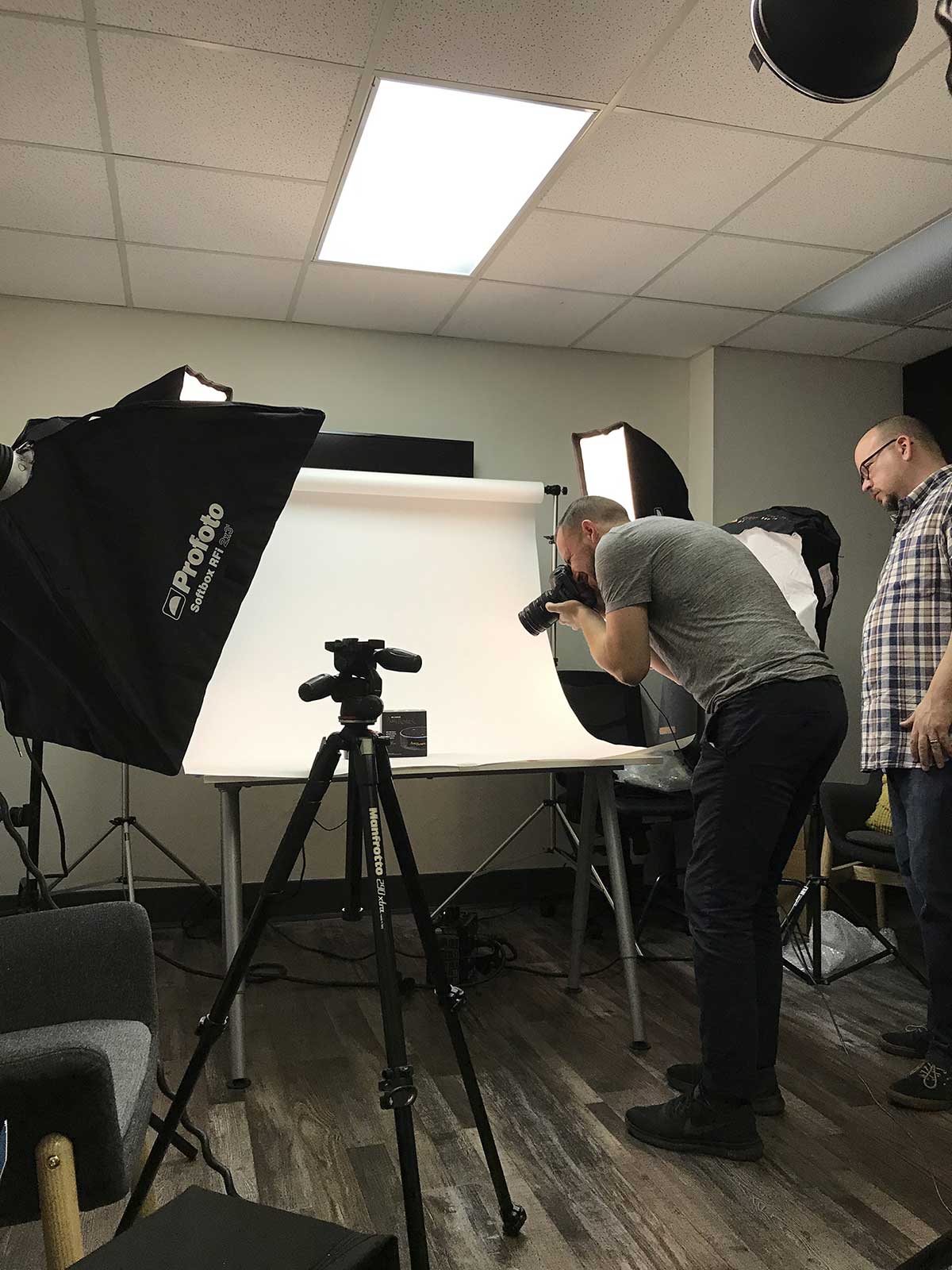 It’s a post suite where we can partner with editors to work together on cuts.

It’s a space where we can experiment with cool tech.

But it’s also a reflection of, what I like to call, the new &Barr.

This may be a 62-year-old agency but you wouldn’t know it from walking in our office.

You wouldn’t know it when you saw our redesigned lobby and the new reel of work that’s playing on the flat screen.

And you certainly wouldn’t know it when you saw the killer “What’s Next?” mural (painted by our own Art Director, Katie Edwards) or if you saw the plans for the next interior mural that’s already in the works. 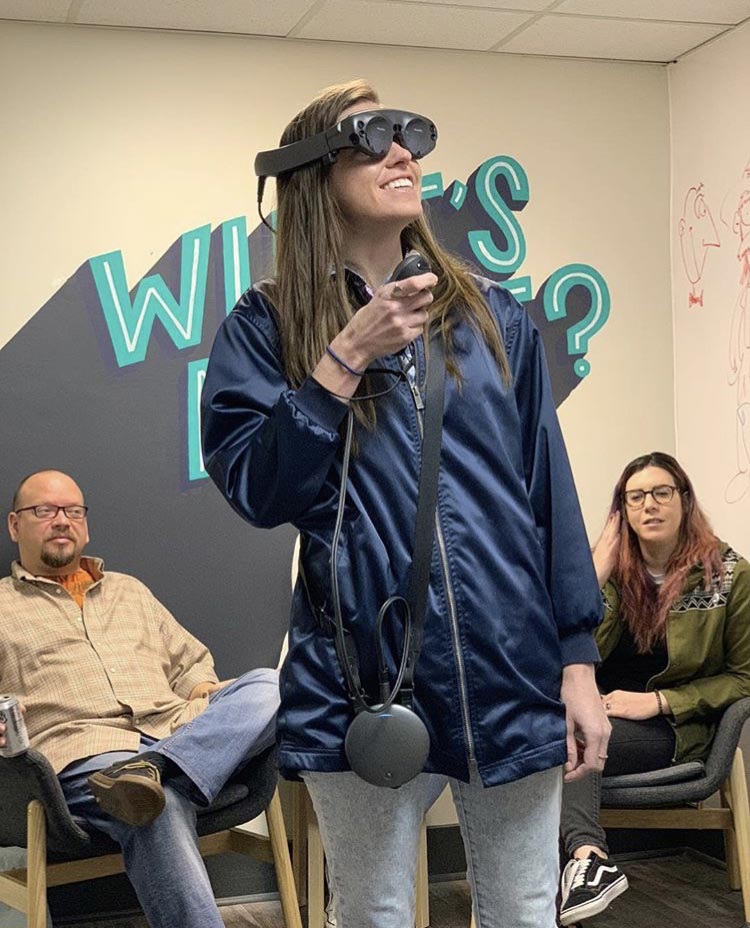 The new &Barr is a pretty exciting place to be. It’s a full-service agency that offers the creative, digital, media, analytics, PR, and account service that a brand manager needs to solve whatever problems are keeping them awake at night. It’s fresh thinking. See, while The Lab might be located outside my office, it’s not only my team asking the question, “What’s next?”

That question—and whatever the answer may be—is an agency-wide responsibility.
So then, what is next for &Barr?

Stay tuned and find out. It’s gonna be quite a ride.