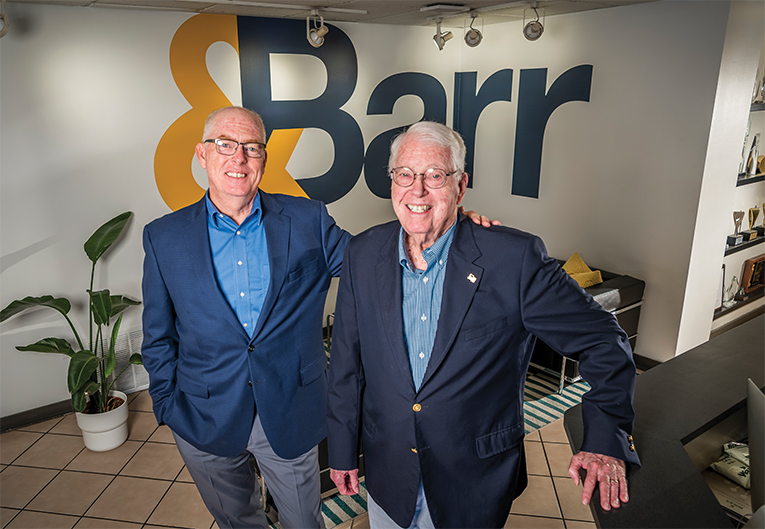 65 years is a lifetime. Enough time to grow up—to go through the awkward teenager stage, but also to find the maturity needed to know who you really are. In business since 1957, we’re a full-service Advertising and Public Relations agency out of sunny Orlando, Florida. We believe in changing lives for the better—even if just for a moment. We are &Barr.

We mentioned growing up because we’ve been doing a lot of that lately—well for 65 years to be exact. But this year was important. That’s why we’re talking to you today. We found a new stride, a new momentum that can be felt though every department. But here’s the thing about the word “new.” For a company like ours, “new” should never disregard what came first. Recently &Barr was featured in the Orlando Magazine in an interview style expose featuring Founder Pete Barr, Sr. and current President & CEO Pete Barr, Jr.. Below is an excerpt from the article that helps show what life was like when the agency first started, but we recommend that you read the entire article here.

“Pete Jr. grew up in 1960s Orlando. It was a time when one could smell orange blossoms from anywhere in town if the wind was blowing just right. A time when the only reason a tourist would travel to Florida was for the beaches, and to go to Disney meant traveling to California.

“I grew up in the downtown area, on Lake Cherokee. Orlando was a quiet, sleepy place back then.” Pete attended Boone High School and played tuba in the marching band. “I was a rebel, and Mr. Casey, the band director, he was probably the one teacher who would have control over me during high school.”

The agency was founded in 1957 by Chuck Fry and Bob Hammond. After graduating from the University of Florida, Pete Barr, Sr. joined the firm.
“Chuck Fry hired my dad before Bob could, and after a short period, the three of them got together. My dad had that youthful energy. He was a pusher, and he’s still that way today.”

Ask the founders of Fry | Hammond | Barr in 1957 if the company would survive 65 years, and they would have said yes. Yes, because we’ve always had a knack for believing in ourselves. Yes, because there’s a certain mindset we’ve maintained since our conception: adaptation. Our pencils became styluses, and our media buys became digital. To not just survive the digital transformation, but to triumph through it is a feat other agencies can’t relate to. But we don’t mind. We don’t mind being in a category all on our own. We don’t mind having a certain kind of wisdom that can only be earned. We don’t mind because we’ve had a pretty great time doing it. And the thing is—we’re just getting started. 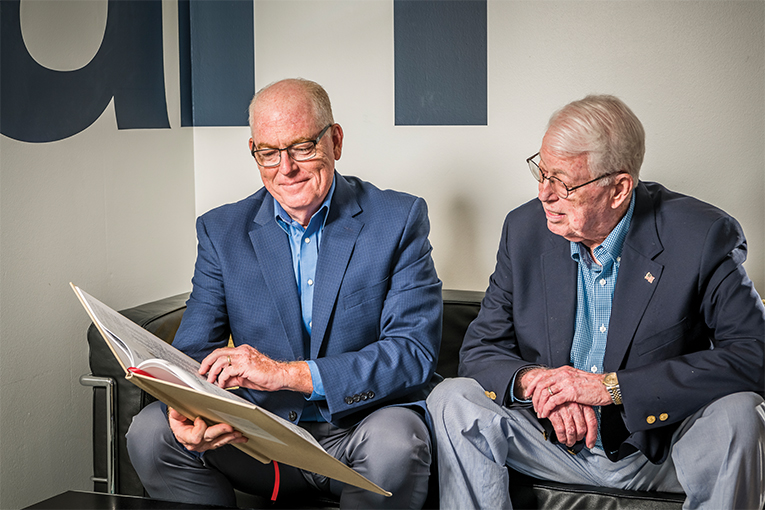