When the Message is the Art: The Cuban Movie Poster 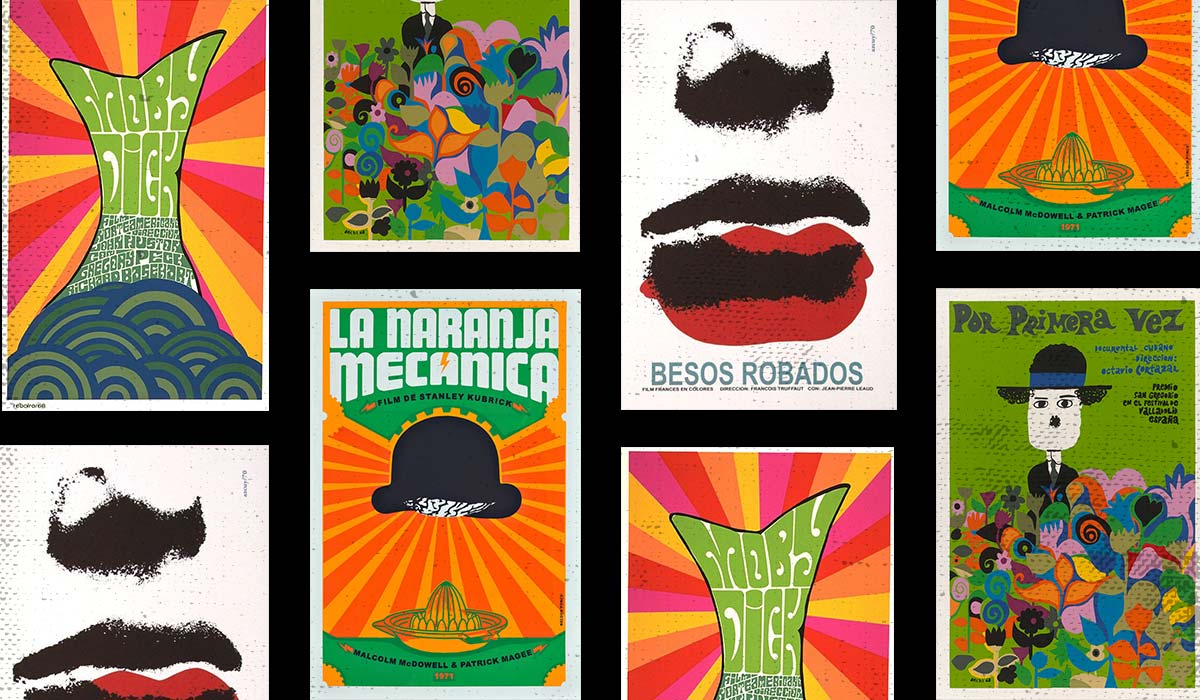 You have no idea what that is. None. Don’t try and pretend you do because I know you don’t. If you do know what a Cuban movie poster is, then congratulations because you are the first person in my 20+ years as a collector who does.

In all that time, when flaccid cocktail party conversations inevitably turned to the “Do you have any hobbies?” portion, I smiled, knowing what was going to happen. I was about to say, “I collect Cuban movie posters,” which would be met by blank stares from them, followed by a quick explanation by me. At the very least, I knew I was introducing someone to something they had no idea existed.

Which is precisely what I’m about to do to you.

A Labor of Passion and Patience.

Cuban movie posters are exactly what you expect them to be, and not. Produced by the post-revolutionary Instituto Cubano del Arte e Industria Cinematográficos (ICAIC), Cuban movie posters were intended to promote domestic and international films. Ironically, the posters ended up becoming works of art in-and-of themselves, more than once proving more artful than the movies they were meant to advertise.

What makes Cuban movie posters inarguably unique, however, is who they’re produced by — some of Cuba’s top graphic designers — and how they’re produced — by hand. In fact, every poster is a hand-printed silkscreen. Not the first 50. Or 75. Every single Cuban movie poster ever produced was, and still is, printed by hand. To give you an idea of how many that is, Eduardo Muñoz Bachs, one of Cuba’s most respected and prolific poster designers, is credited with having created thousands of posters.

Beyond being brilliantly designed, the posters transcended what we would consider the norms of cinematic marketing. Every poster had whatever copy the artist wanted and could be as interpretive as he/she desired so long as the regime wasn’t offended. This was only possible because, ironically, the posters didn’t have to “sell” the films they advertised. In Cuba’s limited world of entertainment, all that mattered was that there was simply a film to see. Who directed it or what it was about was, quite often, irrelevant. As such, conveying the general “gist” of the film is all the artist needed to do, and even that was open to often wild, always bold, interpretation.

As all ephemera, Cuban movie posters were intended to be temporary. They were printed in quantities of 50 to 250, posted and, once their need faded, they were taken down. Sometimes they were saved, especially if the movie would be shown again. For the most part, however, tens of thousands of posters were destroyed, either by hand or by the elements — long-term storage wasn’t a consideration. Which is why finding a first-run original of, say, “Moby Dick” designed by Reboiro in 1968 would be a huge coup for any collector.

This year marks the 60th anniversary of ICAIC. Founded among the ashes of post-revolutionary realities and maturing in the embargo-driven bureaucracy that followed, you see the work of artists like Bachs, Reboiro, Julio Eloy, Ñiko, René Azcuy and marvel at how, even with countless restrictions, they were still able to create so freely. While influenced by Polish poster art and Russian propaganda, their art remained unknown and uncelebrated for decades. Today, the same Cuban movie posters that were originally designed to inhabit the tiny 20×30 displays in Havana kiosks can be found in much more significant spaces. Whether in the permanent collections of museums around the world or on the auction block at Christie’s, the popularity of Cuban poster art is growing. Pronto.

So, while some people still don’t know what a Cuban movie poster is, you are now among the few who do. You may even become one of the very few who actually owns an original. Be careful, though — they are wonderfully, perfectly, wildly addicting. Consider yourself warned.

Jacqui Garcia, ACD/Writer at &Barr, has been collecting Cuban poster art for 20+ years. She estimates her collection to be well over 280 originals but has lost count. And, yes, she owns a coveted first-run original “Moby Dick” poster by Reboiro, autographed by the artist.