Today, students across the nation participated in #NationalWalkoutDay, during which they walked out of their classroom for 17 minutes – each minute representing a Parkland victim who died at the hands of gun violence.

It’s been a month since the tragic shooting at Marjory Stoneman Douglas High School in Parkland, FL. Since then, we’ve seen thoughts and prayers sent, survivors turned activists and countless brands cutting ties with the NRA. Spurred by a call to creative action from Ad Age, our team gathered to concept some ideas to help end gun violence. 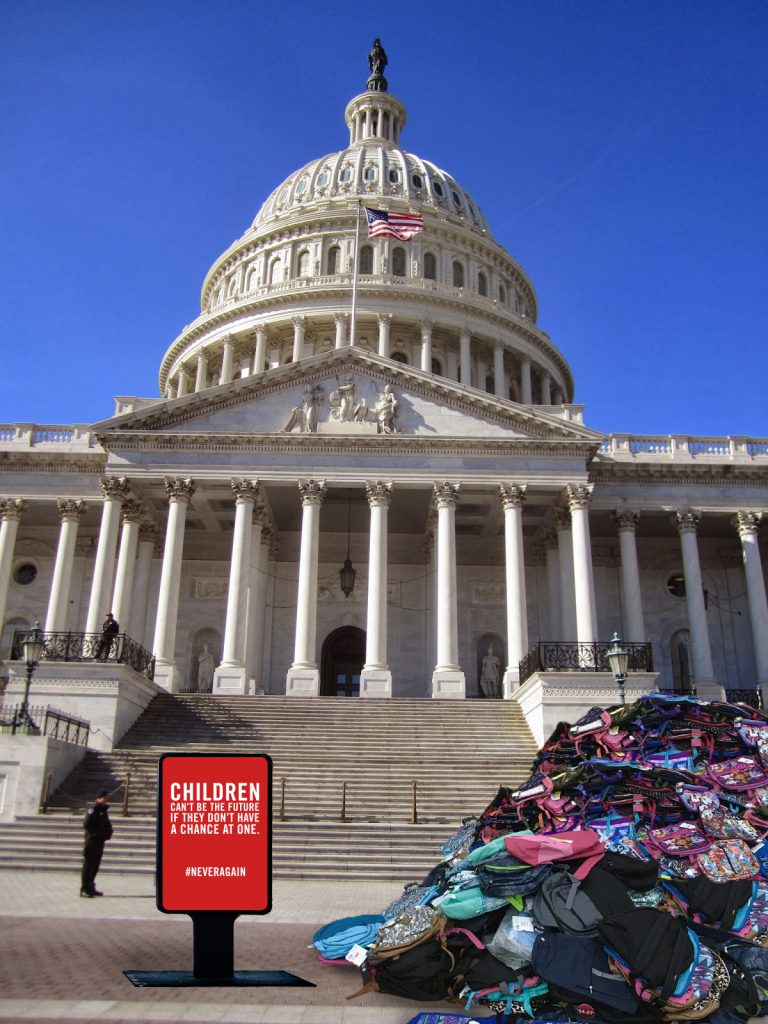 Our biggest idea was a brand activation that would impact change in gun policy. We envisioned a display of backpacks to represent the number of children who have died in schools as a result of gun violence. We felt this would be an impactful way to embody how grave an issue this is in our country and to break away from the “thoughts and prayers” cycle, which has resulted in a diffusion of responsibility and lack of action.

Sometimes called stunts, activations are highly newsworthy and their mere presence has the potential to spark virality across real-world and online communities. Yesterday, we learned of the shoe memorial on the lawn of the U.S. Capitol. Facilitated by global advocacy group Avaaz, the memorial consisted of 7,000 pairs of shoes, each representing the number of child deaths due to gunshot wounds.

Network giant Viacom showed its support of #NationalWalkoutDay by pausing programming on all its networks, including MTV, Nickelodeon, and Comedy Central, during the walkouts. Instead, the networks displayed a message that read “Viacom stands with all students as they participate in the National School Walkout against gun violence.”